Skip to Content
Home yuckblog Yuckblog 9: The Four Saucepans of the Apocalypse

richard 7 Comments on Yuckblog 9: The Four Saucepans of the Apocalypse

The 2010 audit of a little used top shelf revealed these four delights which we bought nearly a year ago on our annual jaunt to Madrid. In fact so forgotten and neglected were they that one packet was even a few months past its 100 year shelf life. However as these products are little more than a cocktail of preservatives, we concluded a year or two either side of the sell-by date would make no difference to a product which if previous Yuckblogs were anything to go by would inevitably taste of salty vomit. The only question which remained to be answered was whether Spanish salty vomit tasted any better than our homegrown British salty vomit. Read on… The packets are opened and the contents cooked strictly as per instructions. 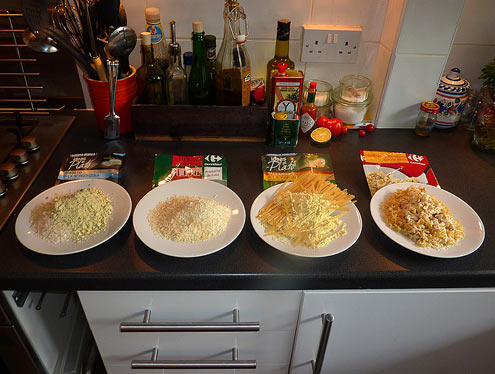 Let’s start with the ‘best’ and work our way down to the bottom of this particular yuckblog slop barrel. Of the four culinary delights tested, this one resembled closest the photograph and lofty description on the packet and for that reason alone could have been voted the winner. 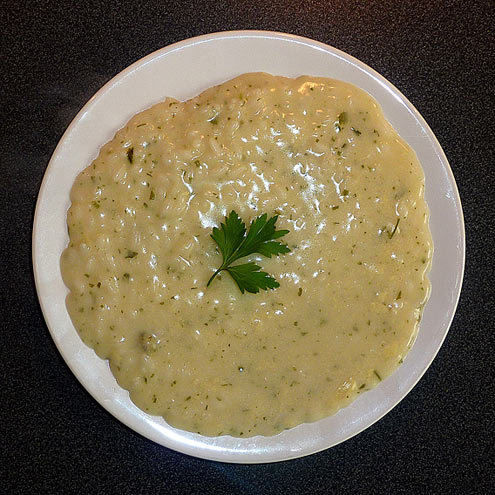 Flecked with indeterminate bits of green, the rice was creamy with the correct outer softness/ inner bite combination and the stringent flavour was very much of blue cheese. Unique among our samples, this was the only dish to have a lingering aftertaste – not necessarily a good thing. 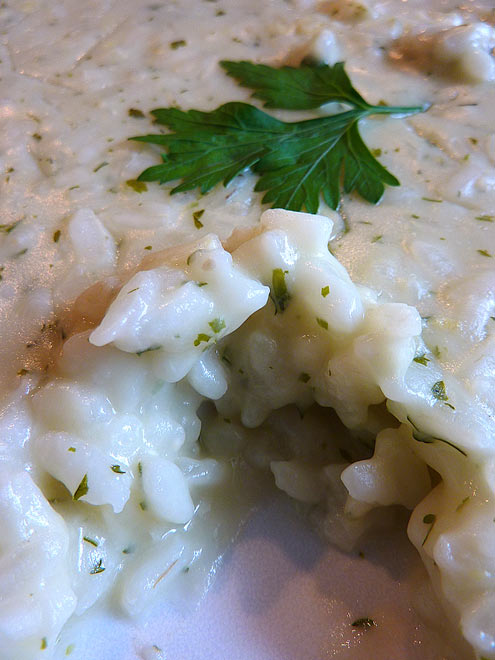 Conclusion: The best of a bad lot. If you’re in the market for a savoury rice pudding floating in a milky briny puddle then this is the dish for you. 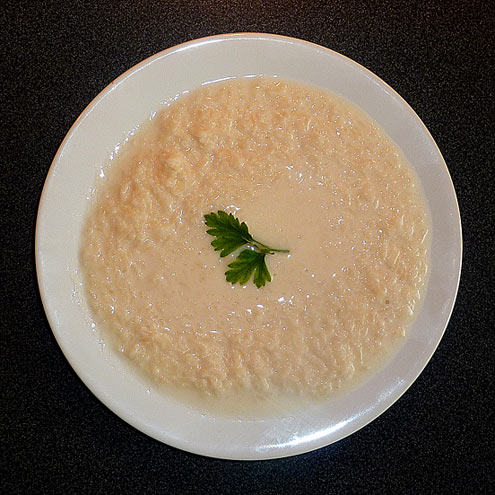 How anything can claim to contain FIVE cheeses and yet still contrive to have such an utterly cheeseless flavour is a mystery bordering on miraculous. The only positive thing to be said of this dish is that unlike the Risotto a la Gorgonzola it has no aftertaste. 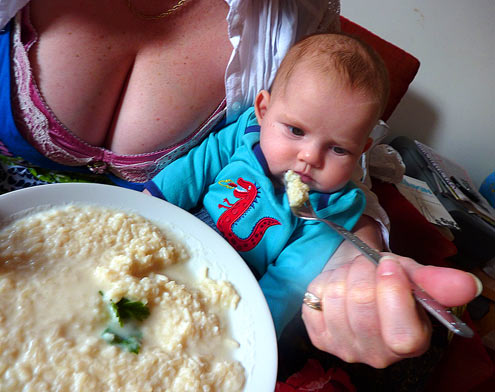 Number of ingredients: 11
Calories: about 600

Happily pushing the risotto to one side, let’s cleanse our palate and move optimistically on to the pasta course. First up we have another corker from Carrefour. 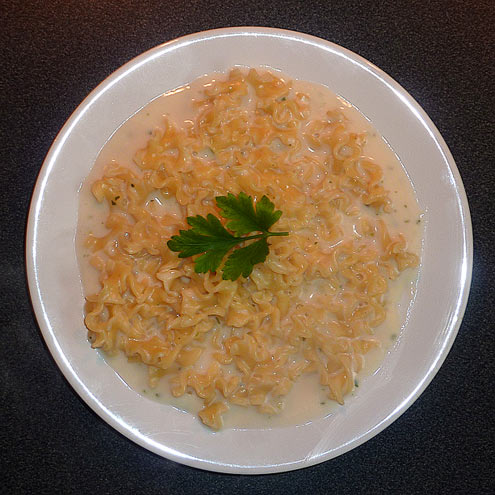 A cautious delve below the crusty Fusilli revealed the much anticipated vomit-flavoured liquid which this time managed to be both too salty and too sweet. Possessing less of an aroma and more of a miasma, I would caution against too long an exposure to its overpowering stench of powdered Parmesan. 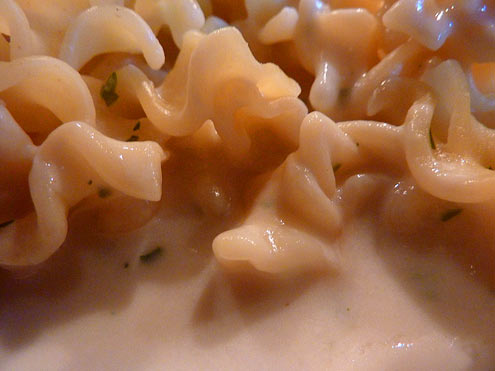 Number of ingredients: an impressive 23
Calories: 552

Do you really need any words … just look at that photo! 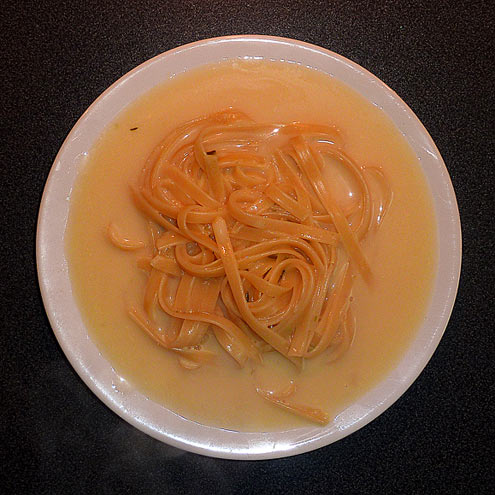 Saggy Tagliatelle (Sagliatelle™) in a VERY sweet and thin milk sauce which if you dare to look closely you will see has separated. No discernible Parmesan flavour. Thankfully. 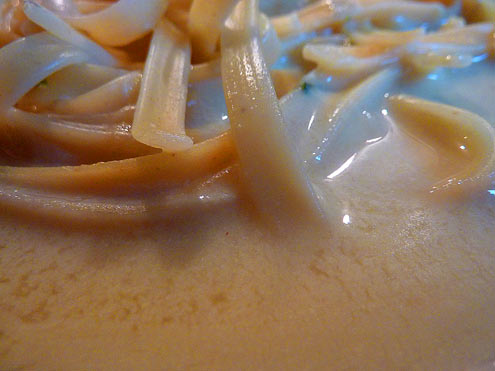 Overall Conclusion: Spain can be proud. These are without a doubt the most noxious and foetid concoctions we have tested so far. 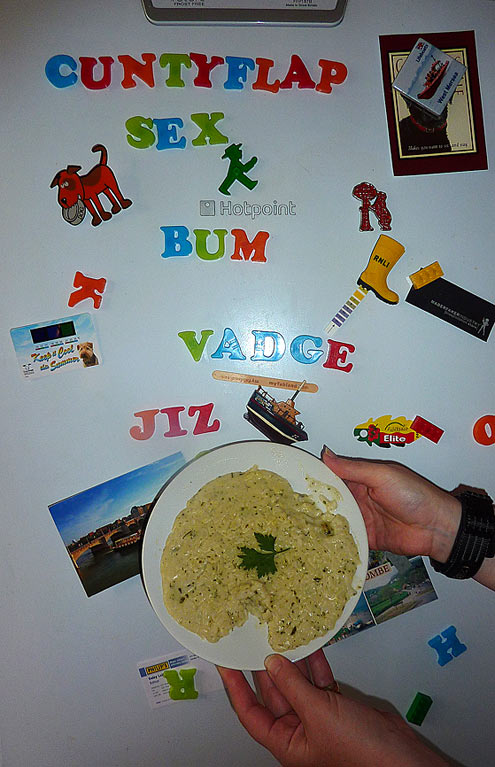 The ‘Risotto a la Gorgonzola’ after it had congealed.