Let’s say you like marmalade but have missed the Seville orange season by a whisker and this was going to be the year when you made marmalade for the first time, darn it. Let’s say that’s what’s happened. Well what if instead of using Seville oranges you go tri-citrus instead? The tartness of a couple of lemons and a grapefruit can be countered by a few oranges ordinaires and suddenly you’ve got your first batch of marmalade and in a hitherto unexperienced guise. Marvellous. 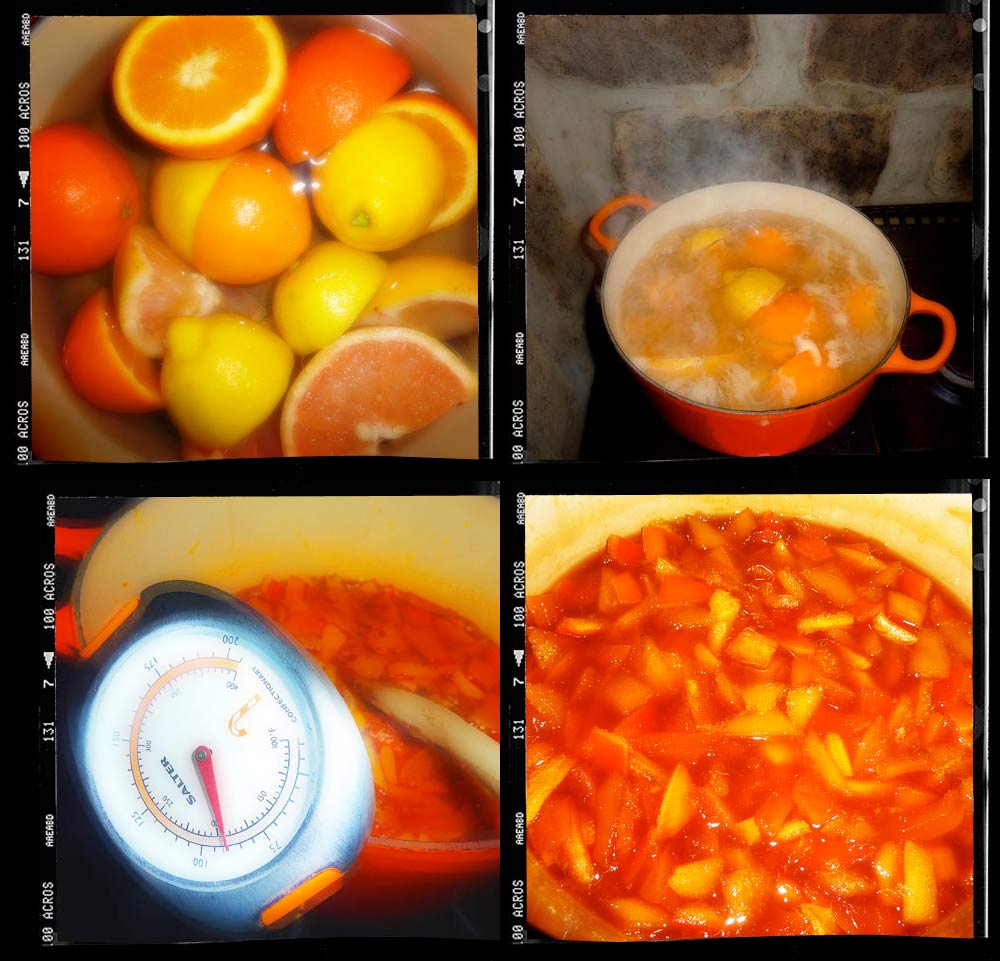 Halve/quarter the fruit and place in a pan. Cover with water. Bring to a boil and then simmer for a couple of hours. Top up with water as necessary. The fruit is cooked when the skin squashes easily.

Drain, taking care to keep all of the liquid. Once cooled remove all the flesh and pips and bits from the various fruits, discard.

Slice the citrus peels to the width and length that you would like to appear on your breakfast toast.

Now take your reserved liquid and boil it down to around 600ml. Once this is done add the peels and the sugar to the pan.

Boil until the mixture reaches a temperature of 104 C. At this point you should start testing to see if it’s ready. Dollop a teaspoonful on a cold plate and place in the fridge for 5 minutes. Retrieve from the fridge and see if the surface has formed a wrinkly skin. If no then continue cooking for another 5 minutes and repeat the test until you have a wrinkly mixture. Once this is achieved, decant your marmalade into sterilised jars and seal. 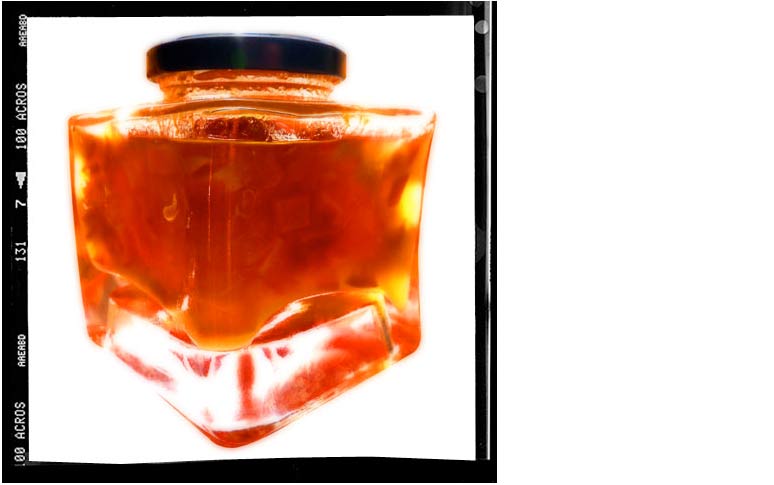 Verdict: Rather good combo of sharpnesses in one marmalade.

Drink: Tea, for it is breakfast.

Entertainment: The Sausage Sandwich Game on Danny Baker’s 5Live Saturday morning programme. Will it be red sauce, will it be brown sauce or will it be no sauce at all?