Ever wished you could enjoy your Fish Supper in one convenient, portable, pastry-encased handful? Of course you have. Then rejoice for your days of yearning are over as we here at the Laboratoires Yumblog have developed the Cod, Chips & Mushy Peas Pasty. Now you can scoff the nations favourite health food whilst out and about and on the go, such as commuting to the office, up West with the girls or working out at the gym. Anywhere in fact you can stuff your face, you can stuff it with the Yumblog Cod, Chips & Mushy Peas Pasty.

Preparation time: 20-30 minutes (plus at least an hour chilling – kicking back with the latest album by Lovin’ Spoonful)
Cooking time: approx 1 hour 20 minutes (longer if you are making the mushy peas from scratch)
Makes: 4 whoppers
Skill level: medium

Either rummage in the bin, retrieve the remnants of last nights chippy tea and skip to STAGE 2, or …

The day before make your mushy peas using this splendid recipe.

Now for the pastry. Put the flour and cold cubes of butter into a food processor and pulse until mixed together to the texture of breadcrumbs.

Slowly add the water until a ball of dough forms. (If your food processor is like ours it might start to smoke at this stage, so you might need to take the dough out and finish it by hand. Pnarfff.)

Wrap in cling film and refrigerate for at least half an hour.

Meanwhile, pre-heat the oven to gas mark 8. Put the potato cubes on a baking tray, drizzle with olive oil, sprinkle with sea salt and bake for 30-40 minutes or until golden brown and chip like. Tip out onto kitchen towel and set aside.

De-skin your fish and remove any bones. Chop into small bite-size pieces, toss into a bowl and season well with salt and pepper. 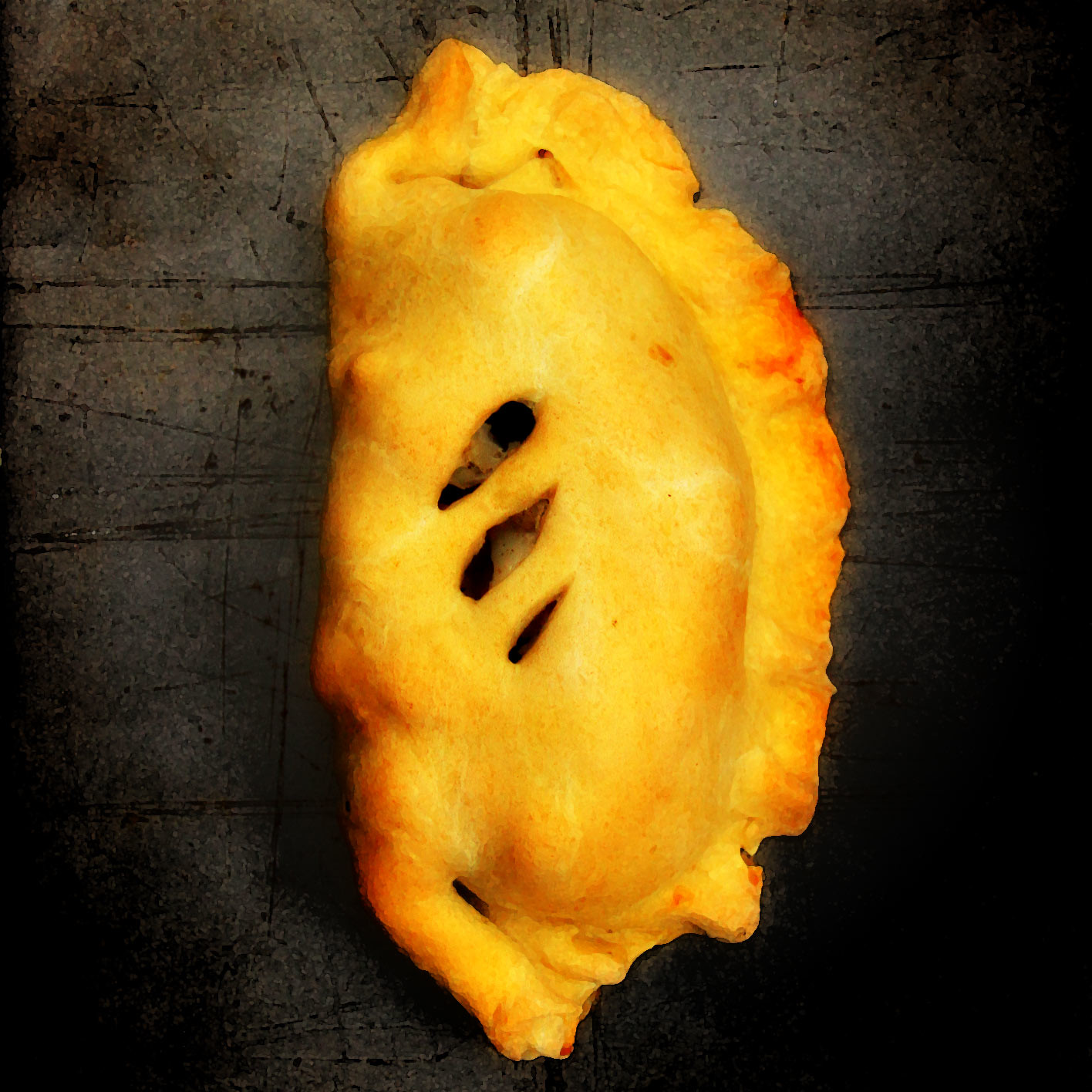 Now let’s construct the pasty. Divide the pastry into quarters and on a floured surface roll one piece into a circle about the size of a dinner plate.

Pile some of the potato onto one side of the pastry circle leaving ample room around the edge for sealing and crimping. Sprinkle the potato with malt vinegar.

Next add a quarter of the fish followed by a dollop of mushy peas (ours were cold from the fridge and so could be fashioned like Plasticine). Season well.

Moisten the edge of the pastry with water or milk.

Fold the pastry over to form your classic half-moon pasty shape. Squeeze the edges together to form the seal and crimp with your finger and thumb. Make a slit in the top to let the steam out and brush with milk or beaten egg.

Place on a lightly-oiled baking sheet and repeat the process three times with the remaining ingredients.

Place in the fridge for at least half an hour.

Bake for about 40 minutes or until the underside of the pasties is dark golden and crisp.

Leave to cool for a few minutes before serving. 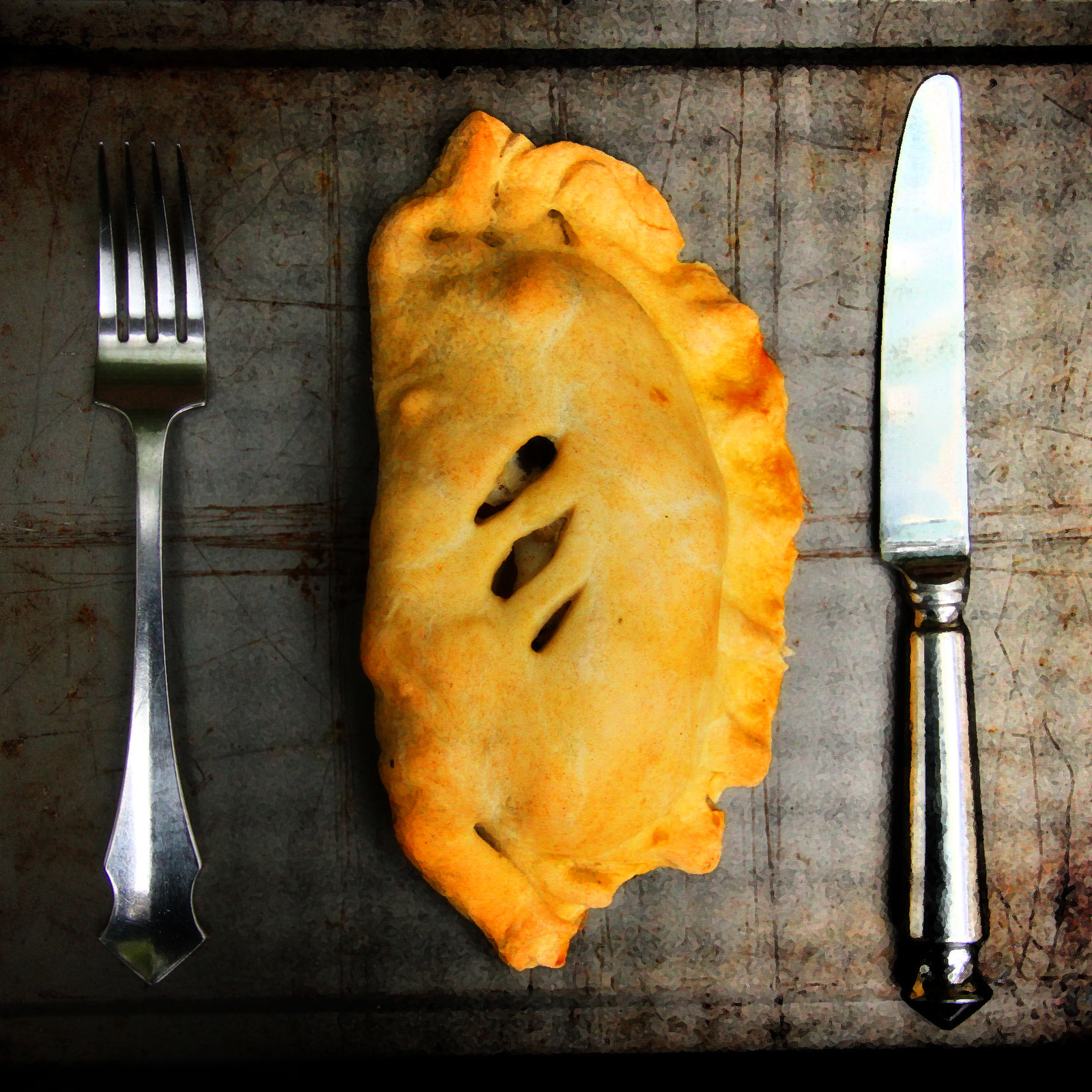 Verdict: These are very substantial pasties, the eating of which shouldn’t be undertaken by the faint-hearted. These were pretty good for a first attempt, although perhaps they could have been a bit more seasoned. We suggest you take this recipe as a starting point and experiment with your own embellishments – how about using beer in the pastry instead of water? or a splash of white wine over the fish?

Drink: A quick pint of ale at the Fox and Goose as Yumblog Junior slept propped up against the pub wall in her rucksack. A few lagers when cooking, a bottle of red when eating.

Entertainment: A disappointing half-viewing of ‘Iron Sky’ – how could they fuck up such an inspired premise as an invasion of Nazis from the dark side of the moon? 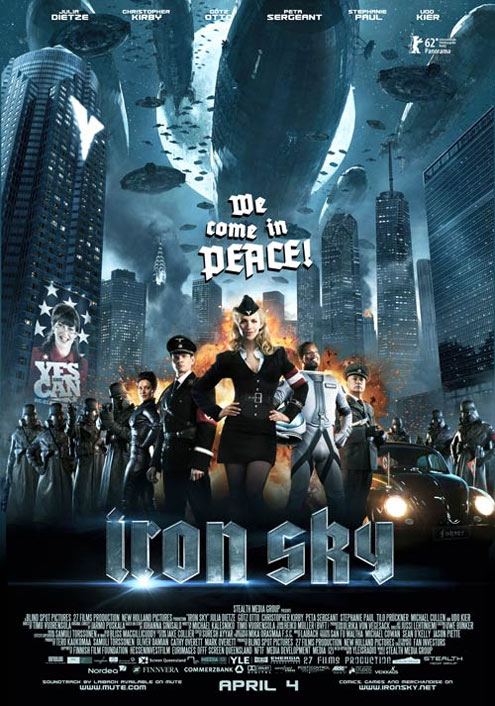 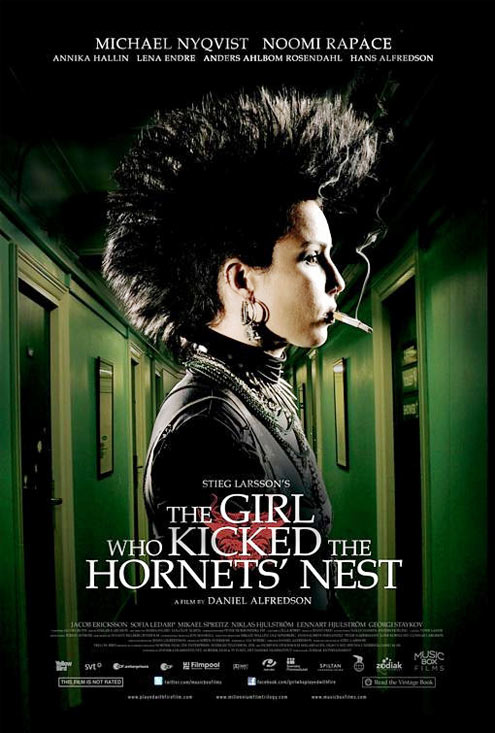